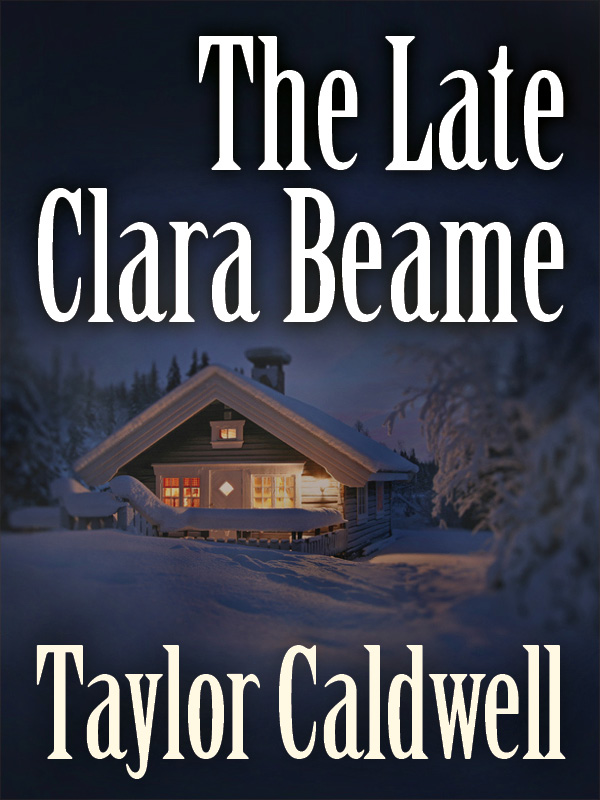 Five days before Christmas Samuel Bulowe was found dead in his bed in Chicago.

An autopsy revealed that the cause of death was a virulent poison, the source of which was not known. The autopsy also revealed that he had been suffering from a smoldering malignancy. He had never confided in any friend about this, had never told his wife, nor his wife’s brother, Dr. David Gates.

A note had been found at his bedside. He had written: “I can’t see any way out of the situation but this. I’m terribly sorry. I know how you’ll feel. But I can’t think of any alternative. I know you will understand. — Affectionately — Sam.”

The verdict was suicide, the motivation despair over his condition. He was buried quietly in a small suburban cemetery near Chicago, a city in which he had lived for the past five years. Alice, his young wife, returned to New York to resume her work as a free-lance artist. Her brother, Dr. Gates, went back to Cleveland, to his practice as a heart specialist.

The Fraziers, Henry and Laura, had planned to spend the holidays with the Bulowes, for Henry had been a lifelong friend of Sam’s and Laura and Alice were related. After the funeral, however, they had returned sadly to their home in Connecticut, though they had wanted to stay with Alice for a longer time. But Alice had been adamant that they should leave. She had always felt animosity towards Laura which she had never bothered to hide.

Laura, on the other hand, was delighted when Alice returned to New York and established herself in the Village. Alice, however, did not return Laura’s affection, and rarely accepted an invitation to visit the Fraziers. Her last visit had been in August, and that had been only courtesy because Laura had broken her leg in a fall from a swing a few days before.

“Always trust dear little Laura to do something ridiculous,” Alice had told her brother. “Swinging like a child, and pregnant, too!”

On December 15, Laura wrote to Alice, inviting her to spend Christmas with them ‘in the country’. Alice had not as yet answered. She sat with the letter at her elbow, in her inexpensive but comfortable apartment. While her brother watched her, she glanced again at the letter, then flicked it aside contemptuously.

“Let me repeat,” David said, with an elaborate air of exasperated patience. He was very like his sister in that they both had somewhat irascible dispositions. “Hank’s dangerous, all around.”

“The police were satisfied, in Chicago,” Alice reminded him.

“They may have been convinced, all right,” David said.

“I helped. I thought there’d never be any more questioning. Now I’m not too sure — about anything. And now I think that Hank is becoming more and more dangerous. I want to know just how dangerous he is. It could be that he doesn’t know a thing, except what he read in the papers; I don’t believe it any longer. Besides, I found those doodlings and notes of Sam’s, and they’re definitely revealing. You’ve read them.”

Alice stared at her brother, her lovely, pale face expressionless, and then suddenly her eyes filled with fear. “Yes, I’ve read them. So did the police, didn’t they?”

“Maybe. I don’t know. They searched everything, and they probably looked in Sam’s private files. Police don’t let up on an unsolved murder. All right! They did finally believe it was suicide. You think I’m jumping at shadows. I’m not.”

“The police never traced the poison to you,” Alice pointed out. “Or your office.”

Alice clenched her hands in her lap. Her husband had once called her ‘the ice-blue lady’. David, watching her, pursed his lips and thought, iceblue heart, too. Alice was capable of anything; he, David, ought to know. She affected blue almost exclusively, in all shades. She wore a blue wool dress tonight, and blue earrings. Her flawless skin glistened in the lamplight. “I refuse to let you frighten me,” she told him. “I don’t believe Hank Frazier knows anything at all. If he knew, I’d have guessed it before now.”

“Remember, he took you out a lot last summer, to shows and theatres, while Laura was nursing her broken leg in the wilds of Connecticut. He was feeling his way around, looking for something, trying to find out something. You admit that?”

“I’m not so sure, now,” Alice said. “You did put a lot of suspicions in my mind, and I watched him and listened to him, but there was nothing at all. If he had known something I’d have found it out. Men aren’t very subtle, and I had five years of dealing with Sam. None of you can keep secrets.” She paused. “When did you begin to suspect, anyway?”

“I suspected from the very beginning, though I only told you about it last spring. After I went through Sam’s papers. Then I began to have cold chills.”

“And that’s why you’ve got to accept Laura’s invitation and go up to Connecticut and take me along.”

“You and Hank never liked each other,” Alice retorted, “though you were slum boys together, all three of you, which includes Sam.”

“You’d have been a slum girl, yourself, sweetie, if old Aunt Clara hadn’t rescued you,” her brother reminded her.

“She sent you through medical school. Have you forgotten?”

“To please you, dear. But she left you practically nothing, after all.”

“That was Laura’s little trick.” It was hard for Alice to look anything but composed, but she succeeded now. A dark shadow passed across her face. “Dear little Laura! Just like a snuggling kitten, looking for love, love, love! She got around Aunt Clara very nicely.”

“And got all three millions of Aunt Clara’s nice fat dollars, and the family home in Connecticut, not to mention the house on East 72nd Street, and real estate in Florida.”

David was goading her deliberately. Alice stared at her brother, not seeing him. He leaned against the old mantelpiece, feeling the heat from the gas logs along his side. He was a tall young man in his early thirties, blackeyed, black-haired, and slender, even elegant. There was little resemblance between him and his sister, except for the smooth tight hardness of his face and his graceful movements. David Gates was tough. He had had to be tough to survive, and he intended to survive in a world that was becoming daily more complex, and competitive. An excellent heart specialist, much admired by older colleagues, he knew that his contemporaries were struggling to be what he was, and to supplant him if possible.

“I could use some of Aunt Clara’s money,” he mused, watching his sister with a curiously intent look.

“There’s something else I never told you,” Alice confessed. “When Laura came into all that money on her twenty-first birthday she deposited one hundred thousand dollars to my account. That was just before I married Sam.”

“I refused it,” Alice told him.

“I expected half of Aunt Clara’s estate,” Alice replied. “I thought Laura’s action was a nasty insult.”

David threw up his hands. “I’d like to be insulted that way! One hundred thousand dollars! And Sam Bulowe with only fifty thousand dollars in life insurance, and you only got five thousand of it because he was a — a suicide! Think what you could do now with that money! You’re a fool, Alice.”

She didn’t answer him. He moved closer. “How about killing two birds with one stone?”

“Sam left you two thousand dollars,” Alice reminded him. “There was six thousand dollars for me, besides the insurance money. Sam wasn’t very aggressive.” She spoke as if she had not heard her brother. Then she asked warily, “What do you mean, ‘killing two birds with one stone’?”

He pointed to the small table beside her. “Just do as I say. Call dear little Laura and say you’d love to spend the holidays with her and Hank, but I’ve suddenly come to town to ‘console’ you for being so alone, and you don’t want to leave me. So — she’ll invite me too. She’s got a soft heart.” He paused. “I want to find out what he knows. Do I have to repeat that again? He’s dangerous, I tell you, if he knows something.”

Alice stretched out her hand and took up the receiver, and her eyes, as she looked at her brother, were inscrutable. She gave the operator the number, and murmured under her breath, “Two birds with one stone.” Suddenly her face grew vivid with hatred.

“There’s no statute of limitations on murder,” David commented, but Alice was asking: “Laura?”