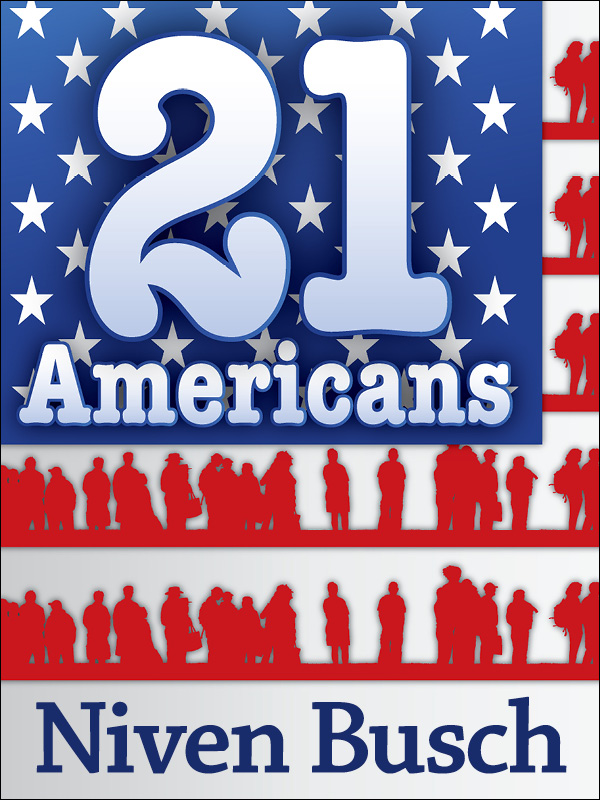 Paul Whiteman and Fritz Kreisler, arm in arm on a Berlin street corner. . . . Paul Whiteman in the Kit-Kat Club. . . . Paul Whiteman and Max Reinhardt. . . . Paul Whiteman and Rachmaninoff. . . . Such pictures as these, appearing in the press with increasing frequency throughout the last four years, have sufficiently attested to the fact that Paul Whiteman has a good publicity man. And when, one winter evening, Paul Whiteman brought jazz to Carnegie Hall and celebrated there its ultimate mysteries before an audience notable for the absence of tin-pan alley, it was clear that his fame had borne its fruit. Previous to that evening he had been an amusing mountebank. Now the newspapers took him seriously. People began to wonder whether Paul Whiteman might not be taking himself seriously, too.

That was hard to believe. It seemed unkind to suspect that such a bladderish man could regard his antics as culturally significant. He is fat. Great musicians are not fat. Music, which consumes the hearts, wastes also the flesh of its adorers. And Paul Whiteman, with his look of a Dutch miller — no, you couldn't see him as stylist. But one thing was clear — Paul Whiteman had made himself, in name at least, the foremost exponent of an immensely important development in music. To what did he owe that position?

The question was asked by a reporter who went to see him after the concert. He wanted, he said, to write a success story about Mr. Whiteman. Could Mr. Whiteman give him something that he could work into an anecdote? Merrily, with his small eyes snapping above his great pale cheeks,Paul Whiteman told about the place where he had first heard jazz. It was in Africa, at Capper's Neptune Palace.

He had come a long way to Capper's gay doorway, vibrant with drums in the tropical night. There had been Denver, where his father was director of musical education in the public schools and where he, Paul, had learned to play the viola; then San Francisco where, in a year of gun salutes, prize cattle, and confetti, the aged Saint-Saëns conducted a new symphony with the World's Fair Orchestra. Paul Whiteman played in that orchestra. When the Fair ended he joined an organization composed of a French 'cello who had failed in the restaurant business, a yellow Hungarian fiddle, and a bass viol with carbuncles who remembered Garibaldi. They toured. Finally their wanderings led them to Africa and a town called Cobra. And in Cobra, Paul Whiteman heard strange noises issuing from Capper's dance hall, and followed them inside.

The quartet broke up in Cobra and for a while Paul Whiteman worked in Capper's. Going north again he found that jazz had come to San Francisco. He worked for a while in Tait's restaurant, was fired for "not knowing how to jazz," started a band of his own, and after many difficulties, borrowed money and brought his men east to play in the Ambassador Hotel in Atlantic City. When the Victor Phonograph Company held a convention in that resort one of the vice presidents, impressed with Whiteman's playing, invited him to make some records. Three months later he was famous.

He had not done anything very startling to the music he was playing, except that he insisted on rehearsing it like a symphony piece with thoughtful instrumentation. His pianist, Ferdie Grofé, a brilliant technical musician, who had joined the orchestra in San Francisco, made his arrangements; Whiteman's contributions to the general effect were always thought up at rehearsals. He can tell very little about a composition from reading it, but when, with his shirt unbuttoned and the visor of a golf cap pushed round to the back of his neck, he hears his men play something for the first time, his mind begins to work, and he gives the score its finishing touches — here a comedy trumpet, there a banjo swipe. The first record he made for the Victor Company — "Avalon" and "Dance of the Hours" — was spoiled in repeated trials by the audible soft oaths of players cursing their own mistakes. None of them swore at the result, for records made the Whiteman Orchestra very popular. Even people who didn't go to the Palais Royal heard of Paul Whiteman; he began to get invitations to play at private parties. One evening he found his men clustered in the vestibule of a big house while a liveried servant, obscure and speculative, watched them through the curtain of the glass front door.

"He wants us to go round to the service entrance, Paul," a trombone player explained, jerking his thumb at the embattled lackey. Whiteman sought out the host. His players, he said, were gentlemen. They would go round to nobody's back door. On another night, in the house of a celebrated soup manufacturer, he refused, with equal firmness, to have his men fed in the pantry. They weren't waiters, they were artists, equals of the best, blowing beauty, making good pay.

Every important musician who has heard his orchestra has been amazed by the individual brilliance of the players. "Who does this?" demanded Rachmaninoff. "Who has taught them? — An orchestra of virtuosos." The secret of such playing is not as recondite as a Russian mind might fancy. Paul Whiteman has the best players because he pays them more than anyone else can afford to. He paid his former saxophone, Russ Gorman, between forty and fifty thousand a year.

When Leon Goossons, the best clarinet in Europe, came to the New York Symphony, Whiteman remarked, "If he's any good I'll get him away from the Symphony and give him a taste of real jack!" He has performed this simple favor for innumerable symphony men; Chester Hazlett, saxophone, was clarinet in the San Francisco Orchestra; Walter Bell, his contrabassoon, has written three symphonies; Frank Sigrist, a trumpeter with a four-inch lip, also played with him on the West Coast. With symphony orchestras they were making sixty dollars a week, with Whiteman they make two hundred and fifty dollars and up. Such men are aristocrats, the flower of their profession.

Paul Whiteman has told in his book, Jazz, how at supper time at a party of Lord Mountbatten's he caught a drummer hurrying out of the room.

"Let go of me," said the percussion artist, edging away from Whiteman's anxious grasp. "I'm going out to wire my old man that the Prince of Wales has served me champagne with his own hands."

This spacious evening has been supplemented by others — the night in Berlin when two rows of students, holding tankards of pilsener, formed outside the stage door and made him drink right and left as he passed between them; the night in Vienna, when he sat in the Royal Box and heard the bandmaster of the late Emperor Franz Joseph conduct a special program of Viennese waltzes; the night in Kansas City when a girl threatened to commit suicide unless he gave her an introduction to David Belasco. Brass bands in airplanes swooped over the steamer that brought him up the harbor one August. In his apartment, and in his office over Broadway, he plunged back into rapid rhythms. He goes to bed at three. He gets up at nine.

In the mornings he does business, looks after the affairs of his half dozen orchestras; in the afternoons he rehearses or works on scores; in the evenings he records at the Victor laboratory or plays at a party. His personal income, about three hundred thousand dollars a year, is perhaps the world's best illustration of the truism to the effect that those who dance must pay the piper.

Everyone borrows from him; he is owed more money than any other man in music.

Besides the money he pours out to those who ask his charity, he spends big sums for motor cars, for apartments he never lives in, for clothes he never wears, and, above all, for parties. Every Christmas he gives a notable reception which never costs less than three thousand dollars and never breaks up until breakfast is on the table. He has one child, Paul Whiteman, Jr.

And here, at thirty-nine, is Paul Whiteman, a man flabby, virile, quick, coarse, untidy, and sleek, with a hard core of shrewdness in an envelope of sentimentalism, striped ties, perspiration, and fine musical instincts. He smokes incessant Chesterfields. He weeps at the opera. He does not, himself, dance.

His life has been a succession of other people's parties. But sometimes, when a piano is clicking in his apartment, he shouts at his third wife (she was Vanda Hoff, the dancer): "Come on, Mother, do the Charleston." At such times, in the warmth of his joviality, he seems inert, inconsequential; when he conducts, a recognizable concentration asserts itself and he seems to have two faces — a tight, inner face pushing out through the mild nimbus of a front too big for it. The anxiety that sharpened him in the early days, making him alert to a musical development clouded under the vapidity of the early ragtime has gone; it has been replaced in him by the acceptance of a musical responsibility. Perhaps, now, he would not be so sensitive to the whisper of a new and formless music, elusive and unknown. He is more concerned with the handling of what lies concretely under his baton. He has achieved his goal — money; to reach it he became an artist. There is no disputing the fact that modern dance music owes to him much of its sophistication; he is directly responsible for the artistic recognition of jazz and for many of its instrumental methods; his influence is obvious in numberless orchestras. Whiteman was, however, rather the agent than the initiator of the force that raised him.

He is still doing it. He does it with a twitching elbow and a little stick — a pudgy palm flattening the strings, an eyebrow crooking up the brasses. He has said that nobody can lead a jazz band with a baton — it must be done with the head, and when he begins to play his head nods to rhythm like the head of a mechanical mandarin. As the music rises his whole body shakes and wabbles; his waistcoat buttons strain at their fastenings; warm discords pass in shimmers through his flesh. "Jazz Jelly," Olin Downes called him, and the phrase was taken up with enthusiasm by the critics who watched his antics on the night of his triumph, as he led the climactic ending of the "Rhapsody in Blue" upon the dais of Carnegie. The critics, at that moment, were solemn. They were thinking up adjectives. Neither to them nor to Paul Whiteman, intent upon his score, did anything matter that had preceded that moment; what parties had passed by, with drums rustling, fiddles sighing their faint and gay nostalgia out of lighted windows, what yellow nights, what numberless tunes had gone past, worn out by dancing feet, to leave him there, a vehement, thick figure, whipping sound to a point. His baton stopped. A storm fluttered the pale hands behind him. Turning, he bowed.