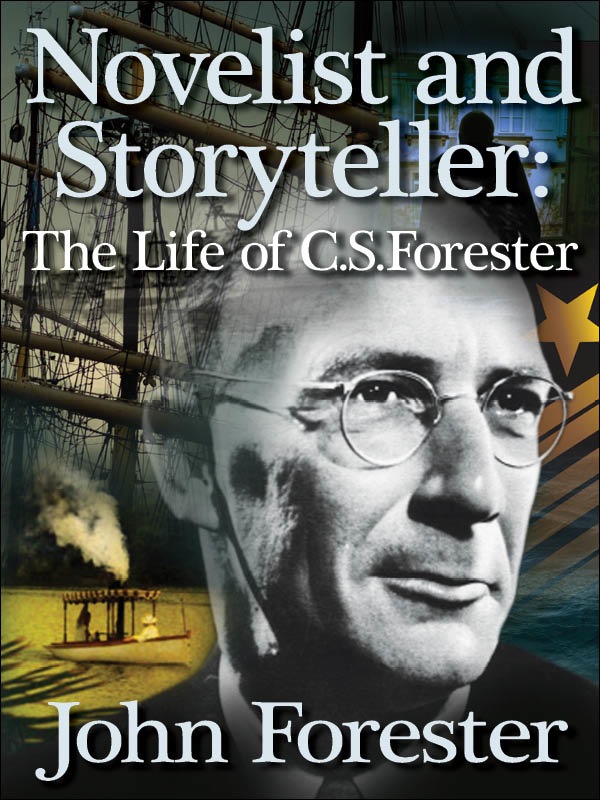 Biography and autobiography present to their authors almost opposing problems in depicting character. The biographer whose subject is dead must discover his subject’s character, inferring much from a few letters, discovering and evaluating the infrequent descriptions left by his contemporaries, struggling to know someone of whom only the shadows remain. The autobiographer suffers from such a plethora of knowledge (Who else could know the facts in greater quantity, if not most accurately?) that even if he correctly understands his character he must drastically condense, selecting only the salient facts, lest his readers become more confused than he. A biography of one’s father presents (to me, at least, an almost unwilling author considering the requirements my work must meet) the worst problems of both genres.

I find I knew my father well, in the double sense that I had been often with him observing who he was, and, listening to his stories of his life, times, knowledge, and opinions, had developed a clear understanding of his character. Yet since his death, information has come to me that indicates that what I knew was illusion, and what I understood was false.

This man I knew so well, whom I loved in life and whose death I mourned, has vanished from my life, yet his memories refuse to be buried. They are a part of me, as much a part of me as many of my memories of my own life, for his life and mine were often one. Through those clustering memories I must see clearly to accurately (and interestingly as well, if you will read for pleasure) delineate his character and tell his times.

So much for the autobiographer’s problem; the biographer’s I also face: to know enough. What have I for facts? I have his works, their characters formed, perhaps not as God made man, in his own image, but at least such characters as seemed real to him and familiar enough to be adequately described within the confines of his skill: William Marble, General Curzon, Captain Horatio Hornblower, and the others. I have his two autobiographical works, one concerning his formative years with his pen, the other describing him at the peak of his powers, fashioning the Hornblower “histories.”(1) I have the remains of a biography by his eldest brother, my uncle Dr. Geoffrey Foster-Smith(2), which because of outside pressures my uncle converted into his autobiography instead.(3) Geoffrey opens his account with:

“When I began to write this story I thought I was doing it to provide a nucleus or background for a life of my brother Cecil, but I have discovered that it couldn’t work out in that way and it has become an autobiography of a kind.

“No one can pretend to tell the whole truth, in fact it could not decently be done; some thing have to be veiled or concealed, but at least I can honestly call it ‘Nothing But The Truth’ as I see it.”(4)

I have some formal documents, his last two wills, selections from his financial records, and the like.(5) I have some seven hundred letters, from among his very first in 1919 to one of his very last in 1964, all written to his first wife, my mother.(6) I have also found in the library of the University of Texas his letters to Frances Phillips, the chief editor of William Morrow & Co., publishers, and an intimate friend of his. (7)

This written information seems at least as much as any biographer deserves and more than many receive. You could believe that I was in an enviable position with both the formal records of the biographer and the informal records of the autobiographer, able to supplement the written facts with the oral opinions and the non-verbalized observations of character itself.

The task is not quite that simple. As in any other historical record, there are inconsistencies. One record says one thing, another contradicts it. The historian generally places more credence in the contemporary record and less in later records that have been more carefully composed, and this is true of Forester’s records also. Geoffrey Foster-Smith recognized this when he commented that the difference between the report and the truth “is, as I often say, because my brother Cecil is a far better novelist than historian.”(8) Geoffrey also closed his autobiography by saying that “I have not told the whole truth, to do that would be boring and difficult besides being bad manners.”(9)

Everybody’s life is composed of coincidences and unpredictable results, but Forester’s life had more than most. His cynical character motivated him to persuade other people to unwittingly fulfill his own selfish purposes, while his skill with words convinced them that they were cooperating in an endeavor of complete reason and high ethical intent. However, the results of such a practice grow far beyond its originator’s initial intent. In Forester’s case, they produced a rabbit-warren of hidden but interconnected events, and people who were first deceived and later perplexed. As he himself remarked in a letter to his intimate friend Frances Phillips, “This damn household of mine might in fact provide a fair basis for a novel.”(10) His story grows tentacles like a Dickens novel; if I were to write it as a novel it would be too preposterous for the “willing suspension of disbelief” that a novel requires. I wish I had both Dickens’s skill and freedom in construction. As it is, I must tell you the events I know occurred in the way that best explains their reasons.

Every person’s life has consequences; even novelists leave consequences other than their books. This account tells not only of the circumstances in which Forester wrote his novels and how those circumstances affected his literary works. It also describes the effects of his works, character, and temperament on those nearest to him: the family he came from but publicly denied; the woman he married and the children he fathered. The secondary theme of this story is the effect of my father’s life on my life and character. In that sense this is a story of a father and his sons.

Some of the stories that I tell about my father directly contradict his own published record. Events did not occur as he described them for publication; his character was not as he implied. In justification, I can only say that I have weighed the evidence available and have decided, to my own satisfaction, which version is more likely to be true. Whatever bias may enter this judgement, I express as accurately as I can recognize it by saying that, in general, I have preferred the contemporaneous, informal, private record to the later, carefully composed public version. Cecil knew the truth of what he wrote, for he closed his autobiography with the following words. “If ever it should happen that I write one entitled Soon After Seventy to supplement Long Before Forty, I expect I shall by that time have devised enough lies to add pleasing touches of excitement.” (11) That statement also errs; C. S. Forester consistently lied to conceal the excitements of his life.

C. S. Forester was a story-teller, and his most successful novel was the story of his own life.

My brother, George, has read much of this and would not, of himself, publish such an account. Here are his words, written for this introduction:

“As you know, I have strongly recommended to you that you do not include as much of your own personal life in this book as you have. If I were to write about CSF I would be very brief about my own personal life. I do not believe that writing about yourself as you have will necessarily dissolve from your life the shadow cast by the lies of our father. What you have said about CSF rings true to me; for each of the events you describe, either I know the event to be true or my own analysis gives a high probability that the event, as you describe it, is true.

“I see CSF as an unloving, faithless, moneyhungry liar. He spent much of his leisure time protecting himself from unseen enemies by breaking as many loving bonds between those people close to him as he could. He was the loneliest man I ever knew, who felt it most important to be “the top.” And whenever anyone close to him seemed to be garnering a little of the spot light, he would turn against them in very devious and, he thought, hidden ways, so their light would be tarnished. And yet in a few ways he was very generous—when there was no thought of gain, he would help someone. He seemed to me to be a very mixed-up man, who spent a lot of energy devising devious ways to show how great he was—and many of the people to whom this energy was directed against couldn’t care a hoot. They saw through him, and thought little of him. What you have gathered together in this book sheds some light on CSF as a storyteller. I hope that your readers will bear a kind heart toward you and an open mind. And I hope a cleansing can occur within our family through your work.”

The decision about what to include in this account is mine alone. I think that an account of Forester’s life would be incomplete without an account of its effect on those close to him, which also includes the ironies that his devious, camouflaged, actions regarding me, at least, often produced an effect opposite to his intent. Certainly, my first effort along these lines, three years after he died, was an effort to develop an understanding of the problems that his life had caused me. Mixed with that was the desire to end the endless comments of people who assumed that having C. S. Forester for a father had conferred great advantages upon me. It would have been bad enough had that state conferred advantages upon me, but it was worse to be told of my advantages when I had received disadvantages instead. However, as I worked on this aspect of the story, I came to think that it had its own merit, that the combination of biography with autobiography was most appropriate to the subject and to my knowledge of it. Well, that is for you readers to decide.

1. The first is Long Before Forty, a manuscript in the library of the University of Texas, most of which was published by Michael Joseph, London, 1967. The second is The Hornblower Companion, much of which is reprinted in the Michael Joseph edition of Long Before Forty, cited as LBF.
2. Born Geoffrey Troughton Smith; the Foster was added later. (Autobiography of Dr. Geoffrey Foster-Smith, unpublished manuscript owned by his daughter, Mrs. Kate Mulham, Melbourne, Australia. Cited as GFS.) p 56
3. Two versionsof the Autobiography of Dr. Geoffrey Foster-Smith existed, for Geoff himself showed me the first, which told more about C . S. Forester and was intended, so Forester told me, as the introduction to Forester’s autobiographical work. Evidently Forester objected, but Geoffrey was sufficiently interested in his own work to convert it into his autobiography. Now only the second exists.
4.GFS p 1
5. The information from C. S. Forester’s own files, including the financial records, letters from his agents and the penultimate wills, comes from my own hurried and unauthorized examination as I tried to identify the papers scattered by a burglar of his apartment. I was unable to obtain copies of these. Present whereabouts unknown.
6. The letters are deposited in the library of the University of Texas. My copies I have sequenced and numbered. Cited as L# date
7. Library, University of Texas. Cited as CSF - FP date received
8. GFS p 50
9. GFS p 240
10. CSF - FP 21 August 1950
11. In the typescript version at the University of Texas.